Health Tip Of The Week: The Benefits of Ginger 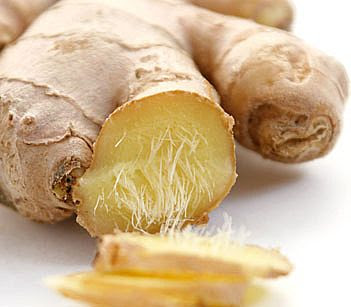 In Eastern societies, ginger has always been known for its healing powers. Pythagorus was one of its greatest supporters in Ancient Greece. King Henry VIII of England used it to protect against the plague.

Though we don't know for sure if ginger can actually protect you from the plague, we do know that it is beneficial in many other ways.

Denmark researchers have discovered that ginger can block the effects of prostaglandins. These are substances that cause inflammation of the blood vessels in the brain, which leads to migraines.

Though the results are still experimental, 1/3 teaspoon of fresh of powdered ginger taken when you feel a migraine coming on can help stop pain before it starts.

Using the same theory, ginger has been found to produce "marked" relief in arthritis pain. The ginger tea described above or 1/2 teaspoon of ginger is recommended by Danish researchers for arthritis relief .

A researcher at Cornell University Medical College discovered that ginger has an effect on blood clots that is similar to that of aspirin. By the same token, it appears that high cholesterol levels are
lowered using the same active ingredient, thromboxane.

When buying ginger, fresh is best! Be sure to avoid ginger with dry, wrinkled, skin, mould or soft spots. African and Indian ginger are the most potent. Grating or using a garlic press will give you the maximum benefits.

Ginger can definitely give you many benefits but more is not always better. An ounce a day should give you all the benefits you will need!